What Are Mushroom Spores? 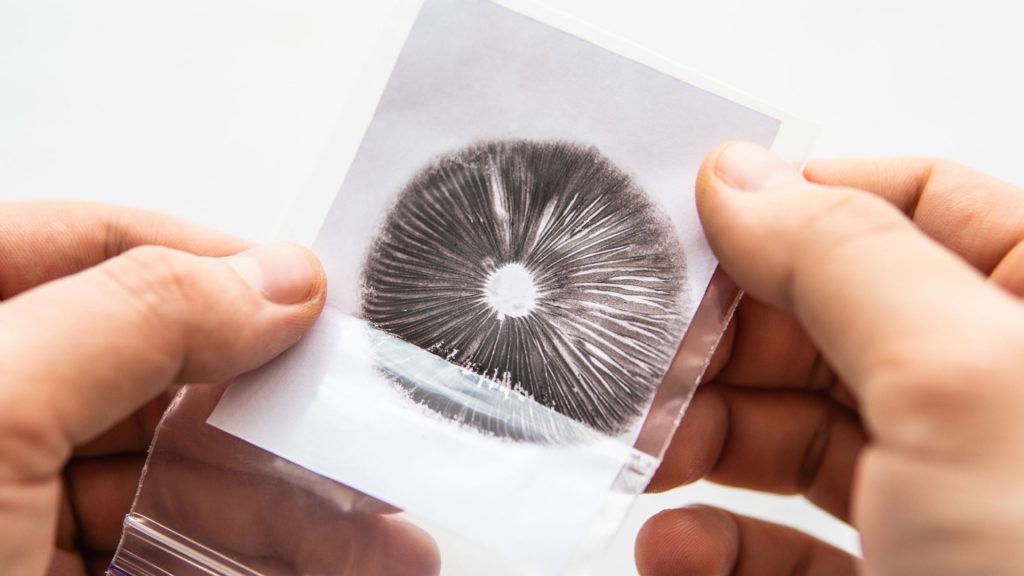 When you hear the word “spore,” you may think of a potentially dangerous disease that is most often associated with plants like ferns and mosses. However, mushrooms are entirely different creatures and have evolved to produce spores for many different reasons.

The mushroom spore is very small but contains all the genetic material needed to create a new mycelium—the root-like structure responsible for absorbing nutrients from the soil and growing mushrooms. The purpose of this fungus spore can vary depending on its species, but they serve several functions within nature. Here’s what you need to know about this tiny reproductive organ.

What Are Mushroom Spores?

Mushroom spores are the reproductive organs of the mushroom. They are similar to seeds, but instead of being contained inside an outer coating, or fruit, they are released into the air as tiny dust-like particles. Each spore contains all the genetic information needed for a new mushroom to grow and reproduce.

Spores can be used to grow more mushrooms with certain characteristics (such as color or flavor). They’re also safe enough that you can eat them yourself—the only thing you need to worry about is accidentally breathing them in.

The Purpose of Mushroom Spores in Nature

Spores are the reproductive structures of mushrooms. They are how fungi reproduce and spread to new areas. Spores are the first stage in the life cycle of fungi, which is why you need to learn about them if you want to grow your mushrooms at home.

The purpose behind mushroom spores is simple: they allow fungi to colonize new areas and spread their offspring into new environments where they can grow on food sources. Their favorite meal is decaying organic matter like tree bark, dead leaves, and even manure. The spores travel through air currents until they land on a suitable surface, where they will begin germinating and growing into a more mature form known as mycelium.

Mushroom spores are microscopic and are only found on the gills of mushrooms. These spores grow into new mushrooms when they’re ready to reproduce. Mushroom seeds are larger and can be seen with the naked eye if you look closely enough—and they’re usually black or brown. They grow inside mature mushrooms and aren’t meant for reproduction; instead, they’re food sources for animals like birds, insects, and mammals that eat these fungi after they’ve been harvested by humans (or other animals).

Can You Harvest Mushroom Spores?

You can harvest mushroom spores from a fruiting body of a live mushroom. Harvesting mushroom spores is called making a spore print. In addition to the mature mushroom, you’ll need a glass jar, a sheet of light-colored paper, a sharp knife, tweezers, and a resealable plastic baggie.

Cut the stem off of the mushroom as close as possible to the ribbed underside of the cap. Be careful not to touch the spores or undersides as much as possible. Slice carefully and handle gently so you don’t shake off the spores.

The spores will be okay for up to a year if you keep them away from light, heat, and air exposure. Store them in a cool, dark place.

The danger lies in mistaking them for something they aren’t—like a drug or a fungus—and consuming it with that assumption in mind.

Do Mushroom Spores Get You High?

One of the biggest misconceptions about mushroom spores is that they’re psychoactive, which is not true. Spores are not related to mushrooms at all—they’re the reproductive parts of a fungus (or mycelium) and contain all the genetic information needed to produce more fungus. The only thing that makes spores look like mushrooms is their shape: they have a cap and stem that can both be used as spore-producing structures.

Mushrooms don’t use DNA for their genetic material; they rely on RNA molecules for their production. This means that mushroom spores aren’t capable of producing new plants or producing psychotropic effects in humans.

How to Grow Mushrooms From Spores

The first step in growing mushrooms from spores is to collect them. You can find them on the gills of mature mushrooms, and you may be able to scrape some off with a knife or get lucky with a pair of tweezers. Refer back to the steps above to collect spores from your favorite mushroom.

You can grow your magic mushroom or edible mushroom cultures by turning your mushroom spores into a culture. Then, you need a substrate that you will inoculate with the spore culture. There are precise temperatures to manage, airflow to optimize, and several sneaky signs that your fresh fungi have turned to mold.

Growing mushrooms comes with a steep learning curve, and investing time and energy into a long-awaited mess is frustrating. But this is all easily avoided with the Shrüm All-In-One Grow Bag. It contains everything you need to create a hospitable environment for your new fruiting friends. Well, minus the spores or liquid culture, but we trust that you can tackle that part.

The grow bag is ready to inoculate as soon as you unpack the box. The substrate is already mixed so you don’t have to worry about pressure-cooking grains or getting the ratios dialed. It’s all done for you. Plus, the ventilation holes are optimized for fresh air exchange so your mushrooms can breathe. Grab a kit today and get growing.