What Is the Penis Envy Mushroom? 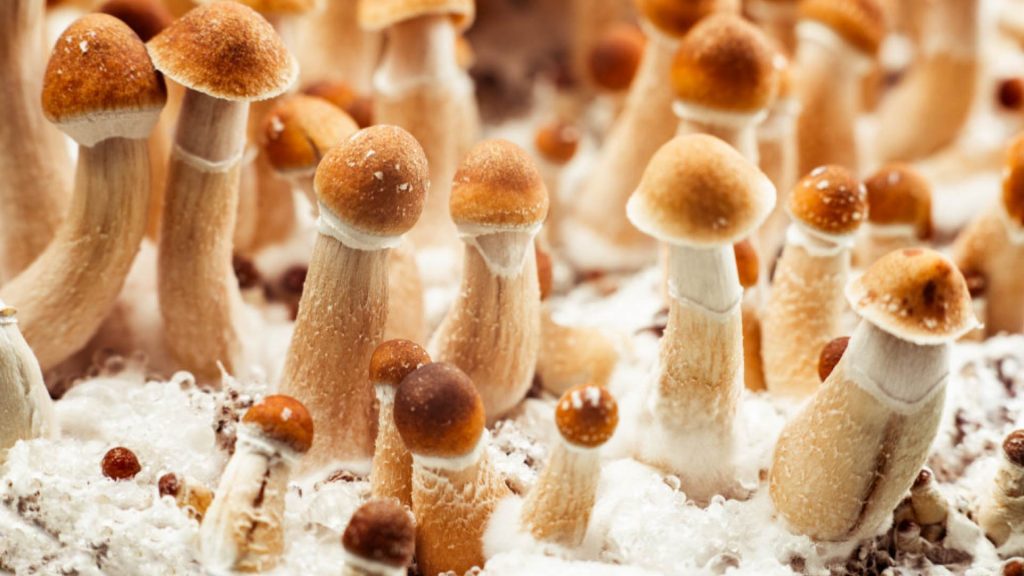 Psilocybin mushrooms are having a moment right now. Microdosing has become an elemental part of the wellness community for those seeking alternative healing, and decriminalization efforts are gaining traction. Much like cannabis strains, mushrooms have complex and varied genetics with unique characteristics. Penis Envy mushrooms might leave you blushing. It’s a popular type of fungi, and here’s why.

What Is the Penis Envy Mushroom?

Penis Envy is a strain of Psilocybe cubensis mushroom species. They are uniquely potent and contain a fair amount of psilocybin, the psychoactive compound in “magic mushrooms”. Penis Envy is rather common, but if you’ve never heard of it, read on for some interesting facts about this unusually named mushroom.

How Did the Penis Envy Mushroom Get Its Name?

As you’ve likely guessed, Penis Envy is named for its phallic appearance. It has a thick, wrinkly shaft with a bulbous head and very much resembles a circumcised human penis. They are much larger than other psilocybin mushrooms, perhaps striking envy in the fungi world.

Are There Different Varieties of Penis Envy Mushrooms?

Psilocybin mushroom genetics are a bit hard to identify since their illegal status makes research more difficult. However, Penis Envy varieties are most notably recognized by their physical features.

Other varietals like the Albino Penis Envy Revert and the Penis Envy #6 bear similar characteristics with slightly altered effects. It’s possible that there are many more in the penis lineage that remain undiscovered.

Where Does the Penis Envy Mushroom Grow?

Penis Envy mushrooms are notoriously difficult to grow. You might find Penis Envy mushrooms growing wild in hot, tropical climates. They love humidity, and they tend to set up camp in cow dung. This is because cattle eat spore-containing grasses which continue to ferment after digestion and defecation.

Is It Safe to Eat Penis Envy Mushrooms?

Define safe? Just kidding…yes, Penis Envy mushrooms are safe to eat. However, they are not a variety that you toss into a stir fry. Penis Envy mushrooms can make you trip, leading to increased sensations, amplified colors and sounds, distorted sense of time, and in large doses – ego death.

Depending on the dose, you might experience sensations like mild euphoria or potentially hallucinations and a distorted sense of reality. Psilocybin mushrooms vary greatly depending on how they were grown, but primarily based on how much you consume.

What Are the Best Ways to Consume Penis Envy Mushrooms?

There is some debate about whether you should eat mushrooms fresh or dried. However, it’s more common to find them dried. Dried mushrooms are known for their chalky, chewy flavor. For many people, this is not so pleasant. For others, this just comes with the territory of eating mushrooms. You can weigh out a dose and chomp on them as is, but keep a beverage handy to help wash down any pieces that just won’t break down.

Mushroom teas are easy to make and simply require boiling water add your mushrooms to steep for about 30 minutes—strain before you drink and sip as slowly as you’d like or a gradual, sustained high. Lemon tekking is a method that helps break down the psilocin into psilocybin. Psilocin is the precursor to psilocybin and is often related to that stomach-flopping feeling you might get after ingesting magic mushrooms.

To lemon tek, submerge your dose of Penis Envy mushrooms into a glass of pure, freshly squeezed lemon juice. Let it soak for about 10 minutes, and then eat the wet mushrooms. The acidity of the lemon juice begins the digestion process, so by the time the mushrooms hit your stomach, they are already beginning to activate. It’s said that lemon tekking helps the high come on faster, but the entire experience is shorter.

You can also grind up dried mushrooms and put them into capsules. This is a popular way to microdose and obtain a consistent daily dose of psilocybin.

Where Can You Buy Penis Envy Mushrooms?

Many people looking for Penis Envy mushrooms find them from a trusted provider who is personally cultivating. It’s important to tell you that Penis Envy mushrooms – and all those containing psilocybin – are illegal substances in most cases. Several US cities have decriminalized psilocybin mushrooms, and in 2020, Oregon voters approved their legalization.

This continued legal status progression means that someday soon, psychedelic mushrooms might follow a similar path to cannabis. It’s not unlikely that they will become regulated for medical use first, followed by a more relaxed allowance for home cultivation.

Disclaimer: We do not condone the production, sale, or use of illegal substances. This guide is for information only. We do not sell spores, liquid culture, or any other form of mushroom genetics.